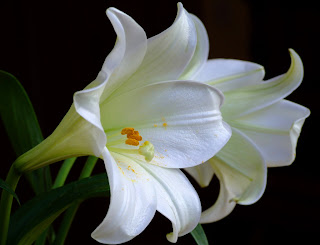 I have five children, ranging in age from thirteen to twenty-three years old.  From time to time, they like to write poems, aside from the toddler, and some of their work is worth sharing.  The ones who wrote poems are ages seven, ten, twelve, and fourteen.  Well, this weekend, they all wrote some poems, and I asked the oldest to type them all up for a blog, so I could post them online for others to read.  I also asked her to write up the testimony she shared on Sunday with me about how this began this weekend.  Here's what she wrote:

This is how the story begins: Late Friday night in the middle of our family prayer meeting, I (Charity) had been praying. As I was, I asked God to give me the words to a poem I wanted to write about Daddy. And I trusted that he would grant my request.

Later that night, after our family prayer meeting had ended, I went to bed. As I lay on my pillow, four lines of verse simultaneously popped into my head, all of them rhyming perfectly and flowing. I could hardly believe it. But these were not words concerning Daddy. They were totally different.

When this happened, I really wished I had had a piece of paper and a pen handy, but since it was quite late, and because of the fact that I would have to go through special efforts to get my notebook, I decided to wait till morning to write down the lines. "Hopefully I’ll remember them," I thought.

The next morning, I woke up around 7:55AM. And I had a bad sore throat. But, it wasn’t really that big of a surprise, because I had felt it coming on the night before. So I climbed out of bed and went to get a drink of water. In the kitchen, as I drank, without even previously thinking about it, the four lines that had popped into my head last night did so once more. I was kind of surprised and decided that I would go and write them down, seeing as how I was wide awake and all. So I did.

Well, it turns out that I ended up writing several other lines of poetry just from those four lines. And before I knew it, I had composed a whole poem.

Later that same morning, I was in the bathroom washing up. By then, I had started to feel really run down, with sensitive skin, a horrible sore throat, of course, and other symptoms. I knew I was fighting off something bad. So I just prayed, “Lord, I thank you that you are going to heal me and that you are going to use this sickness for your glory.” I really trusted He would answer my prayer, although I was not sure in the least bit what He would do.

As the day wore on into the afternoon, I came down with a fever and a little nausea. My head was aching and I felt yucky. Every time I stood up, the room seemed to spin, and my head felt funny. At this point I knew that I was fighting off some nasty virus.

Surprisingly though, for the rest of that day, I continued to receive poems from the Lord. Not only that, but soon my brother, C.R. was writing poems, and then my sister Faith. Soon, my other sister, Hope. had written one as well. It was amazing! Apparently, God was answering my prayers! And this had been quite unexpected. Praise God! -- Charity, 14 years old

Therefore, based on that testimony from my daughter, I'm calling this blog "Verses to the King," which is based on the words of the psalmist that say, "To the choirmaster: according to Lilies. A Maskil of the Sons of Korah; a love song. My heart overflows with a pleasing theme; I address my verses to the king; my tongue is like the pen of a ready scribe." (Psa 45:1).  I've uploaded their poems in separate posts on this blog for you to enjoy (see links below). -- Len

Author's note:  You can access my complete blog directory at "Writing for the Master." Now I'd like to ask a very important question.

Do You Want to Know Him?
If you want to know Jesus personally, you can. It all begins when you repent and believe in Jesus.  Do you know what God's Word, the Bible says?

Please see my explanation of this in my post called "Do You Want to Know Jesus?"

Len Lacroix is the founder of Doulos Missions International.  He was based in Eastern Europe for four years, making disciples, as well as helping leaders to be more effective at making disciples who multiply, developing leaders who multiply, with the ultimate goal of planting churches that multiply. His ministry is now based in the United States with the same goal of helping fulfill the Great Commission. www.dmiworld.org.
Posted by Len at 7:30 AM